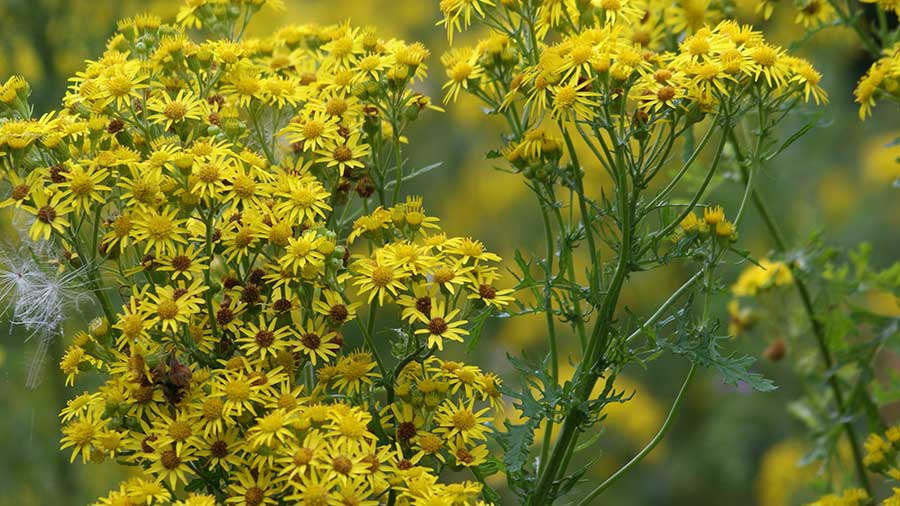 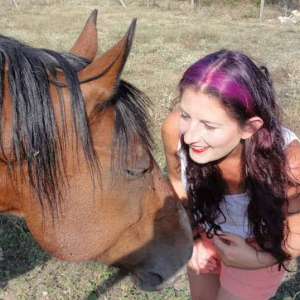 Herbalist and holistic horse keeper. I live on a smallholding in a remote, rural part of Bulgaria. The botanical diversity here, kick-started my interest in traditional plant medicine. My horses live in a silvopasture arrangement to benefit them, the woodland, other wildlife, and the environment in general. My equestrian background was working on livery, professional Show jumping and race rehabilitation yards. I have ridden since the age of 4 and had my own horse from the age of 10. I have always been a pro outdoor living, species appropriate life, barefoot, natural habitat, holistic health advocate. We are our horses guardians, our job is to give them a worthwhile quality of life.

Whenever there is talk about plants for horses, a frequent response on the internet is “you shouldn’t let that grow in their field, it’s poisonous”. When questioned, the person writing the comment usually says they got their information from a list. Aaargh, those lists. Yes, they sometimes contain information on actual poisonous plants, but far too often, they are very misleading indeed.

Firstly, let’s get into toxic and poisonous

These terms are thrown around interchangeably and with little thought or understanding. I was taught, that in herbal terms poisonous meant acute reaction and response from a single dose or exposure, making the animal ill very soon after, or even causing death. So for poison, think WILL cause harm or death every time. Toxic, I was taught meant subacute reaction and response; which is repeated dosing or exposure in bulk. So for toxic think excessive ingestion or exposure MAY cause unpleasant effects.

Toxicology testing is done differently based on whether there is long term historical use of the plant, or not. That decided upon, there may then be genotoxicity, carcinogenicity, reproductive and toxicokinetic testing. Scientists may work in a petri dish or with lab animals, generally rodents. There will be single acute, subacute, local tolerance and then organ or system-specific subcategories for testing. Repeated dose testing is done at high volume over 28-90 consecutive days. If the substance being tested, flags up markers or generates a response, it can then be classified as toxic or poisonous. At this point, it all seems quite weighty in detail, but perfectly reasonable. When general horse ownership lists are produced, I wonder, do the writers sit down and examine those original clinical test papers?

We can then think about what is actually being tested

It’s very rarely a whole plant that is tested; the common test matter is often a single compound, extracted via a complex chemical process. A whole-plant acts very differently than any single compound, each plant contains multiple compounds that function together with balanced interactions. Next, maybe let’s look at the dosing used to achieve results. I recall reading a study where the takeaway message that the public received, was that comfrey causes liver toxicity. What was actually tested in the study were some of the 14 pyrrolizidine alkaloids, which are only one type of active ingredient in comfrey. This concentration was fed to lab rats at a rate 6 times their body weight, with little else to dilute it, over a repeated test time period. To put that into context, it would be like giving a 500kg horse, 3 tons of a plant extract, with no other real food source, for a month. I appreciate this is an oversimplification, but it should give food for thought. The same team repeated the tests at a later date, using whole plant matter, and did not get the same toxicity response. Other teams have tested the alkaloids at lower rates and not seen the same issues either.

So that’s our lists covered, next, let’s give our horses a little credibility

It’s taken over 70 million years for the horse to evolve into his current form, he is a browsing herbivore, his body has developed senses to survive and while yes, a horse can make a mistake, it’s not as common as “somebody knew a horse who…” would have us believe. Otherwise, they would have made themselves extinct. Another common myth is that our so-called domestication has altered the horse’s senses. The earliest indications of domestication are from around 5,500 years ago. For us to alter the senses to that degree, it will take around 5-10,000 years, we haven’t had time yet. A horse has vastly different equipment to survive his environment, then we, the cave dweller descendants, have.

We need to factor in the plant as well

Plants have defence mechanisms against herbivores that were required and there’s an obvious correlation between such plants and toxicity. Plants can deploy structural defences such as bark, thorns and spicules, or use secondary metabolites – chemical defences, these might cause pain, inflammation, they may smell, taste or feel unpleasant in the mouth, off-putting enough that instantly, the horse will seek another food source if one is available. Or they can use indirect defence, luring a predator (insect) with offerings of shelter or nectar to live in a mutualistic way, the insects then attack browsing herbivores. These defences are usually enough to prevent a horse from consuming a toxic level dose.

Of course, it is possible for a horse to eat a toxic or poisonous plant, but nature has provided many obstacles to that being the norm. If a horse has developed a taste for something harmful, we need first to check if he has an undiagnosed condition in which he may be trying to self-medicate, or if his grazing is depleted, in volume, diversity or quality. There are some plants I would not entertain having on my land because I feel they are too risky, but that is a decision based on research. To play devil’s advocate, there are a number of plants in our pasture that appear on poison/toxic lists, which have never caused any issue in my horses, some they eat carefully around avoiding taking mouthfuls, others they will occasionally take small samples.

These plants include bracken, oak, wild plum, lords and ladies, buttercup, St John’s wort, comfrey, ground ivy, and a couple of nightshade family plants, which almost all have medicinal properties (the horses are checked over by professionals).

Obviously, I would never recommend you introduce controversial plants to your pasture, instead though, try to learn as much as possible about those you already have, without simply reading the name on a list. 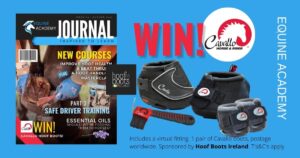 The Equine Academy have teamed up with sponsor Hoof Boots Ireland for this fantastic prize giveaway. Enter and you could WIN a pair of Cavallo hoof boots for your equine. The full prize includes a 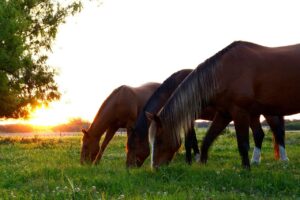 Managing Equines in the Heat

During the Summer months of 2022, we have seen global temperature rises, most notably in the UK, Europe and North America. This increase in temperature and drought directly impacts the welfare of both equines and